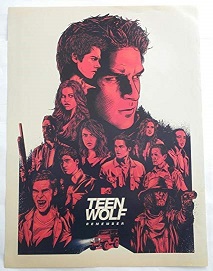 Toxic masculinity is recognised by psychologists and academics as a gender role that is dangerous for men as well as women, one which leads men to experience high rates of suicide, violence, and substance abuse. At the same time, popular culture is recognised as a site where identity, including gender identity, can be shaped, re-thought, and re-considered. This seminar will investigate how queer depictions of monstrous masculinity in popular television maintain and disrupt audiences’ understanding of toxic masculinity with a focus on the family and reproduction. Popular films, television, and novels, especially those that deal with monstrosity, offer an exemplary site for challenging toxic masculinity and reach millions of men across the globe. Filmic and literary monsters present a complex commentary on normative masculinity that can also be used to bridge the critical divide between affect theory, masculinity studies, queer theory, and digital literary and reception studies. I will demonstrates how certain mass cultural texts invite audiences to reject their attachment to toxic masculinity, and how these textual strategies might be mobilised to change broader gender roles that harm men, women, and non-binary people.

Tania Evans is an associate lecturer in cultural studies at the ANU. Her doctoral project explored masculinity, violence, and fantasy in George R. R. Martin’s series A Song of Ice and Fire and its television adaptation, Game of Thrones, and a research manuscript based on this work is currently under external review with Edinburgh University Press. She has also written essays on gender in popular culture, in Gothic Studies, Fantastika, Masculinities, and Aeternum: The Journal of Contemporary Gothic Studies.