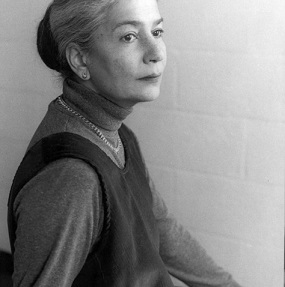 Join us for this week’s CuSPP Seminar

Nationalism, when ill-conceived, can come at the expense of values held dear among the more emancipated. The specific focus of this paper is Indian Nationalism and its impact on the women of India. The modernity pursued by the Movement emerged not from a questioning of both tradition and change, but from a compromise of a kind. Nationalist ideology split the domain of culture into the the public and the private. In the public, represented by men, it was necessary to modernise, while in the private, represented by women, Indian tradition must be kept alive and Indian identity intact. (Partha Chatterjee, 1993) The result was a freeze on women’s development. The separation of the private and the public was a way of countering colonial dominance and maintaining self-identity, but it led to an unhealthy Manichaenism – a non-dialectical opposition between the two spheres.  Unable to see that women’s freedom and the freedom of the nation are not in conflict, the leaders exhorted women to denounce assertion of equal rights and shape themselves to suit the needs of the nation. Women’s emancipation was held back, in some respects, by Gandhi, whose name is synonymous with Indian nationalism. Gandhi essentialised female sexuality by appealing to the ‘female’ virtues of chastity, self-sacrifice and suffering in women and did not seem to have questioned the cost to women themselves of an emphasis on these qualities.  Women themselves were complicit in the promotion of nationalist ideology.  As their autobiographical writings showed, they came to believe that their private aspirations must be subordinated to the concerns of the nation.  Anita Desai’s Clear Light of Day is a subtle portrayal of the impact of the strategies employed by Indian Nationalism on the women of India.  It counters the Movement’s separation of the private and the public as it is largely through the portrayal of the life of one family that it throws light on this impact. In other words, it suggests that what occurs in the public affects the private and vice versa.

Jyoti Nandan is an Honorary Associate Professor in the School of Literature, Languages, and Linguistics, Australian National University.  Her research focus in the main has been New Literatures in English.  She has given scholarly presentations and published widely in this area.  She has generally used the post-colonial feminist framework to analyse literary works.